Isn’t it fantastic being able to meet up again at events for our industry? These last 18 months have been difficult in many ways, but one of the biggest challenges for us has been missing out on opportunities to rub shoulders with our installers and merchants at events like the InstallerSHOW. We’re now looking forward to getting back to meeting you all again – and be assured that any shoulder-rubbing will be COVID-safe!

The InstallerSHOW is one of the best places for tank industry professionals to learn about the latest innovations and network with big names in the business. It’s also the place to go to grab some excellent bargains when it comes to essential tools – you’re buying straight from the manufacturer in many cases so expect the best prices on the market.

This year there are over 150 of the industry’s leading manufacturers and suppliers exhibiting over the three days. If you’re in the heating business, you can’t afford to miss it. As well as getting a head start on your competitors by finding out about all the newest developments and innovations ahead of the pack, there are debates on some hot industry topics to attend. We’re particularly looking forward to attending The Future of BioFuels for the UK Properties discussion. It’s on Thursday 30th September at 1pm on the Main Stage. So, we’ll hopefully see you there.

Drop-in on the Atlantis Tanks Stand

Atlantis Tanks will be on Stand P230 this year so make sure you say hello! We’re there to show you the latest tanks in our EasyTank range, along with all the accessories. We’re also always happy to give you technical and installation advice. As well as the business side of things, we always look forward to seeing you in person at shows and events. It’s what makes it fun!

And of course, as always the InstallerSHOW provides great hospitality, loads of freebies and ‘just for fun’ activities. Don’t forget to drop into the Elite Visitor lounge, where you can fuel up on free tea and coffee and fast-track access into the show.

Register and Get Your Ticket Now

Entry to the InstallerSHOW is free! Just register on the website to find out more about the event and get your free tickets: https://www.installershow.com/ 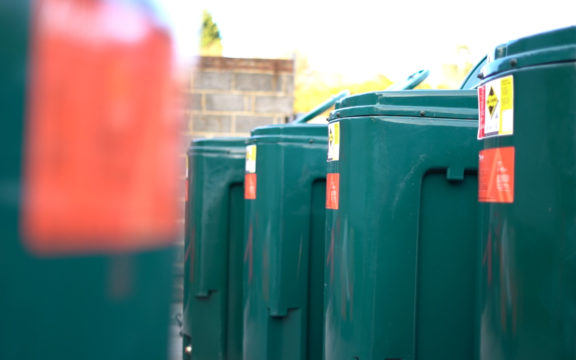 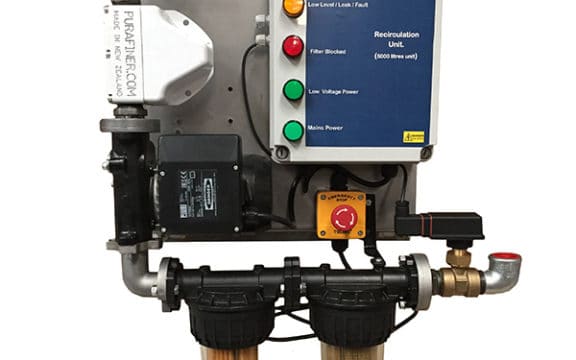 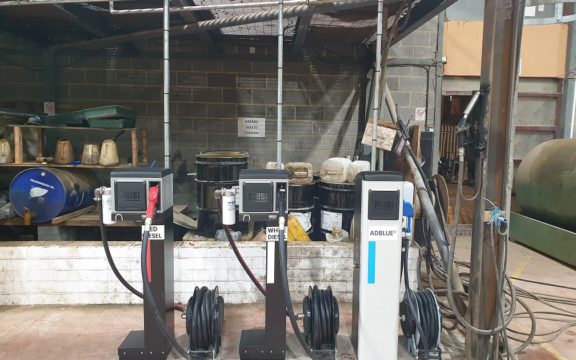 The earth is in trouble. We are overpopulated, and there isn’t enough room for everyone to live comfortably. To make matters worse, we keep burning fossil fuels like oil and gas which release carbon dioxide into the atmosphere. This causes our planet to warm up, leading to climate change that could eventually lead to famine or disease outbreaks. Fortunately, there’s a way you can help – HVO biodiesel fuel!

What is HVO Fuel?

HVO biodiesel is an excellent, environmentally friendly biofuel, produced from 100% renewable resources. It is a second-generation drop-in alternative to mineral diesel. You don’t have to modify existing diesel engines to use it. You can even top up a tank already containing mineral diesel with HVO as the two liquids mix together without any problems.

HVO stands for hydro processed vegetable oil; it is made from waste fats, soybean oil or canola oils that have been refined using hydrotreating technology at high temperatures (thus removing all impurities). Unlike other biofuels, HVO does not need food crops (like corn) as input material. It also doesn’t use up valuable farmland that could be used for food production.

What does Second-Generation Biofuel Mean?

First-generation biofuels were less reliable in extremes of temperature, especially in the cold. Cold filter plugging, water damage and diesel bug attack were all issues. These problems can cause fuel contamination and tank corrosion. Innovations in biodiesel technology and production means that the new HVO has been developed to eliminate these issues. It also produces less harmful emissions than first-generation biofuels.

HVO biodiesel is the only biofuel with a carbon footprint lower than regular diesel, making it an excellent choice to reduce your environmental impact and fight climate change! It can be used in diesel running engines and there are no modifications needed to either the engine or to vehicle exhaust systems.

HVO fuel in the UK is subject to a road tax exemption, which makes it an excellent choice for all environmentally conscious drivers but it’s also a good choice for the construction and farming industry.

This effective second-generation biodiesel is approved by the world’s leading engine manufacturers including Cummins Inc., Detroit Diesel Corp and MAN SE as well as other European car manufacturers like Volkswagen Group, BMW AG and Daimler AG. This is great news for those of you that want to fill up the family car too!

HVO fuel, also known as Green Diesel or Green D, can be stored for up to 24 months and doesn’t need mixing with any other fuel.

We stock HVO storage tanks and fuel dispensers. Our standard range of StoraFuel HVO tanks is available in various sizes up to 20,000 litres – but if you need something bigger, we can manufacture tanks that can hold up to 100,000 of HVO fuel.

Make the Switch to HVO Today!

Take a look at our range of HVO steel bunded tanks and HVO dispensers.

For those building a home, or moving to somewhere more ‘off the grid’ than usual, you might need to consider where your wastewater and sewage will go and how it will be processed. It’s possible that the closest sewer system is too far away or just not feasible financially. You have three options in these cases: cesspools, septic tanks and sewage treatment plants (STP).

A cesspool, a septic tank and a sewage treatment plant are all used to get rid of wastewater. However, the main difference between these three types is how they treat this waste.

A cesspool is nothing more than a large storage tank. These pits do not process solid wastes. It only has one pipe connection, so all waste from the property flows into it and remains there until removed by a sewage disposal professional. This removal process needs to be carried out every few months, depending on the cesspool’s capacity and how many people are using it.

Over time sludge builds up in this type of holding system which requires regular removal to prevent contamination of groundwater below your home with harmful bacteria.

A septic tank, unlike a cesspool, has two pipe connections, one for the inlet and another for the outlet to ensure that there are no blockages. The baffles job inside the primary chamber is to hold back any solids until they settle. At this point, the effluent enters a secondary chamber where liquid waste can flow out unhindered. This occurs through a soakaway onto gravel beds via perforated pipes before being filtered out through soil layers.

This kind of tank still needs to be regularly emptied by a tanker but less often than a simple cesspool as some of the effluent is discharged during the treatment process.

A sewage treatment plant, like a septic tank, has an inlet point and an outlet point. It also has two internal chambers. The primary chamber will store the waste coming from the property before it moves to the secondary chamber for the actual treatment. Oxygen is introduced which boosts natural bacteria that break down solids at increased rates within the secondary chamber.

Once the sewage has been treated, it’s discharged into a soakaway. If the quality of this discharged effluent is high enough to cause no damage to the environment, it may be discharged to a watercourse.

More and more people are choosing to build their dream home in the countryside as cities across the world are becoming increasingly crowded. This trend will continue as the population increases. Therefore, it is important homeowners and home builders understand what sewage systems exist on today’s market so they can choose which system best suits their needs.

Take a look at our PuraTank range of waste treatment tanks and give us a call if you need to discuss which option is best for your property.